Posted 9 years ago by admin

Today we are sharing one of our first Laptimizer stories, and we figured why not start with something of reasonable significance coming to us all the way from the other side of the Pacific pond in New Zealand.

Despite Laptimizer being developed by road racers we are finding that it is being used and embraced by racers of all types from all around the globe.  For those of you into the drift scene and for anyone who follows motorsport in any detail, you will be interested in the flagship user we are spotlighting in this article.  This racer and Laptimizer user comes to us from Auckland, New Zealand and when we saw the picture showcasing the use of Laptimizer in his shop, we got even more excited.

Townsend Brotherz Racing located specifically in the suburb of Auckland called East Tamaki, was started only a short time ago by Kaz Townsend who after spending time in multiple racecar prepping/chassis tuning/motorsport shops, decided that he wanted to offer his own expertise to his own customer base.  It hasn’t taken long for people to realize that Kaz is not only serious but also a master in the domain of chassis setup and general motorsport preparation.  This is clear when you see pictures of his shop (link to his website is below) and of course his choice in using Laptimizer to help prepare his customers cars!! 😉

Now some of you might be wondering what type of customer Kaz caters to? Well this is where things get interesting. When we saw the initial screenshot of Laptimizer in action at Kaz’s shop, we saw many cars listed but a couple of rather famous ones stuck out in our eyes.  In the drift scene, most specifically FormulaD, the word MadBul and Mad Mike are likely something you have heard before, and yes, Mad Mike is one of Kaz’s customers.  Not only have the famous RX7 and RX8 been rated as some of the best looking drift cars in the world, they have also won multiple events around the world thanks to the attention to detail of the people involved in their preparation.  Nicely done Kaz! 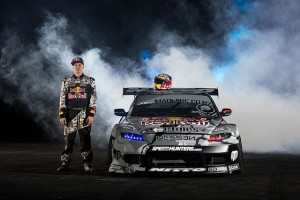 When we asked Kaz about his initial experience with Laptimizer he said: “Laptimizer has been amazing! It simplifies everything about data logging.” and “its an awesome piece of simplified technology that anyone can use!! We will do our best to spread the word and support Laptimizer.”  Kaz is a good reminder as to why we love motorsports! We couldn’t be happier to see Laptimizer playing a role in Kaz’s continued development and preparation efforts of all his customers cars including the famous MadBul. 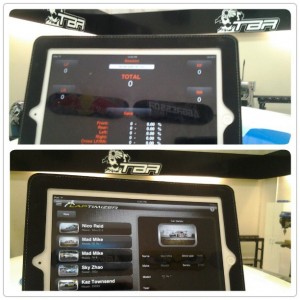 Laptimizer in use at TBR

While you’re here, why not brush up on your geography by taking a look at this sick video of Mad Mike drift navigating his RX7 through the Crown Range in New Zealand!

This entry was posted in News. Bookmark the permalink.